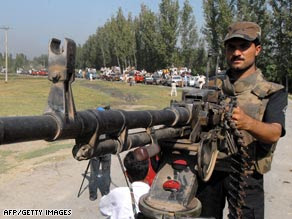 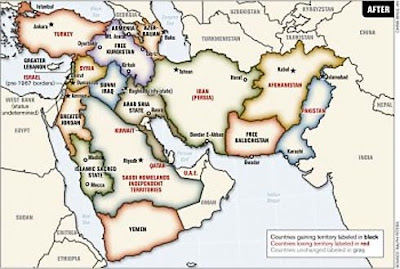 Interpal, a British charity providing development and relief for Palestinians in the West Bank and Gaza strip, has been served notification from the Islamic Bank of Britain that the charity’s account will soon be closed.

This comes as a result of Lloyds TSB, the Islamic Bank’s clearing bank serving notice to “cease all dealings with Interpal”, according to a statement released by the charity.

The notice comes into effect as of eighth December, during the Muslim festival of Eid-ul-Adha, a time when Muslims are encouraged to give charity.

The charity said: “All transactions into or out of Interpal accounts will be blocked and IBB will be at further risk of all its customer payments being suspended.”
It added: “This is not only an attack on Interpal, a leading British charity, but on all other Muslim charities, all charities working in politically-sensitive regions, all customers of IBB and the Palestinian people, 80% of whom are completely dependent on international aid for survival.”

The decision to close Interpal accounts comes at a time when the United Nations agency assisting Palestinian refugees was forced to suspend food distribution, earlier this week, due to Israel’s continued border closures in Gaza preventing the delivery of vital supplies to Gaza’s 1.5 million residents.

“Fuel pipelines remained closed, leaving Gaza with continued disruptions to its power supplies and adding to the rapid decline of socio-economic conditions” according to the United Nations Special Coordinator for the Middle East peace process.

In September this year a World Bank report warned that the continued restrictions placed on the Palestinians by Israel was severely limiting the Palestinian economy and making Palestinians even more dependent on foreign aid.

When approached the Islamic Bank of Britain said that it would “not comment on individual accounts” and Lloyds TSB offered a similar response stating “we do not comment on our relationship with corporate customers”.

Muslim groups responded with anger. The Muslim public affairs committee (MPACUK) said “Lloyds TSB have shown how much they value their Muslim customers by demanding that IBB terminate Interpal’s banking facilities” and encouraged people to write and phone Lloyds TSB demanding that they “rescind this outrageous, unfair and arbitrary decision”.

The Muslim Council of Britain, a national representative umbrella organisation, said they had written to Lloyds TSB saying the decision was “causing the MCB and the Muslim community tremendous concern and anxiety” and added that they “deplore the pressure that has been placed on IBB to close down the Interpal account”.

The MCB also sent out a warning to Lloyds TSB referring to the “significant number of Muslim account holders” the bank possesses and the fact that Lloyds TSB has been “reaching out for business for its shariah compliant current account” adding “If banking services to Interpal are not reinstated, then this will inevitably influence the actions of its existing and future customer base”. However MCB refrained from stating exactly what action they would take in the event of Interpal’s account being closed.

Interpal has faced numerous accusations since it was established in 1994.
In 2003 the US government designated Interpal a terrorist entity, accusing the charity of funding the Palestinian group HAMAS. However the UK charity commission found no links to terrorism stating “The American authorities were unable to provide evidence to support their allegations”.

In 2007 NATWEST closed the charities account citing pressure from the law suit bought by 14 families of Israeli suicide bomb victims.

The claim was bought against the Royal Bank of Scotland, NATWEST’s parent group, under the US Anti-Terrorism Act.