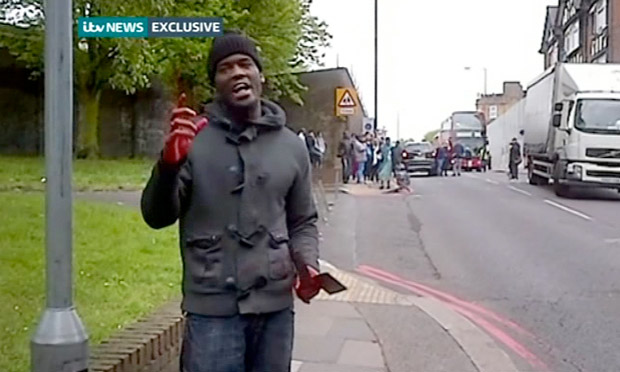 A row has been ensuing since October after the Mayor of Tower Hamlets, Lutfur Rahman, announced that the Council would sell a Henry Moore sculpture, the Draped Seated Woman also known as Old Flo. The proposed sale of the sculpture is due to massive government cuts to the council’s budget.

The sculpture has not been in Tower Hamlets for 15 years. It was loaned to Yorkshire Sculpture Park in 1999. The Borough has massive inequality and a dire housing situation – as I have discovered whilst researching for my next documentary.

The Mayor’s office says that the money raised from selling ‘Old Flo’, somewhere in the region of £20 million (the last Henry Moore piece sold for £17 million), would go towards affordable housing, education and preserving local heritage sites.

Art in times like this is a middle-class decadence that the residents of Tower Hamlets can ill afford. There are families living in cramped conditions. Six members in a one bedroom flat, families that have water leaking through their roofs and fungi growing inside due to damp conditions, are just some of the problems people face. The last thing these residents need is for a sculpture that has not been in the Borough to be planted back on their doorstep to remind them of the expensive fetishes of the middle-classes.

Yet, art can lift spirits I am told, try explaining that to the 4,000 families facing the reality of having to move out of the Borough thanks to the government’s benefits cap. That’s children having to change schools, added costs to travel, communities being destroyed, and a massive demographic change that will further reinforce the inequality between rich and poor in society. I am not oblivious of the benefits of the arts; I am only talking about the harsh choices that Councils must make. I would rather the Council sold art to create housing, jobs and fund education (Tower Hamlets is the only place in the country to reintroduce the Education Maintenance Allowance for college students).

Eric Pickles, Secretary of State for Communities and Local Government, said that Councils should sell their assets to plug the financial gap. It is convenient for some to talk about artwork, culture and history when they themselves do not have to face the grim reality of cramped housing and struggling to provide for a family.

Old Flo is being used as a political football; those that talk about art at a time of austerity are the ones that do not have issues with finances. For many in Tower Hamlets life has been getting tougher, when the credit crunch hit, some of them had no credit to crunch, whilst the lovey-dovey, pretentious wine sipping art lovers enjoyed well paid jobs, beautiful houses and time to spare to admire Henry Moore artwork.

Bromley council, a Tory led Council, has never challenged the ownership of the statue for 27 years. Now they claim that the statue belongs to them – convenient political opportunism.

Regardless of who owns the statue, surely it is the arrogance of the rich to plant a statue worth millions on the doorstep of those who have so little. Tower Hamlets, according to the recently set-up Fairness Commission has 48.6% of children living in poverty, that’s 27,915 children. A fifth of households in Tower Hamlets have an annual income of less than £15,000 whilst the average house price is £384,820. It is no wonder then that 23,000 households are registered on the social housing waiting list.

The figures are clear. You can see the poverty, inequality and the struggle for yourself, all you have to do is take a walk around, talk to people and engage, but I guess some people are too busy discussing the intricacies of over priced artwork with their rich friends to notice the desperation that many families face.