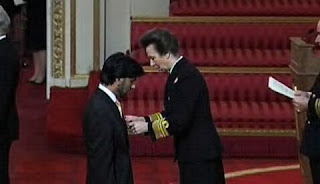 Assed recently wrote an article about corrupt practices he witnessed at Islamic Relief (IR). Now that IR has released a disgusting statement about him I feel I have to say something. I was also an employee of IR and I was with Assed in Somalia.

Whilst I was in Kenya, I witnessed Jahangir Malik, the director of IR UK, ask Dr Ifikhar Ahmed, the head of IR’s aid response in Somalia, if a pre-planned distribution of emergency food aid in Somalia could be delayed until he arrived there a few days later.

I also witnessed and filmed the ITN cameraman that Jahangir had brought with him to Somalia as he made a woman and her near death child sit down in the sun while he filmed them, even though we were attempting to take the child to the hospital. I also witnessed Jahangir lie to the media about “immediately” saving the child when we originally left the child to his fate.

I was also in Libya when an IR fundraiser lied in his tweets about the aid that IR was distributing in Tripoli when he knew it wasn’t distributing any aid there.

Assed raised these issues, along with myself, long before he was made unemployed after Jahangir failed to renew his contract. Assed later made a compliant that his employment was not renewed because of what he had said about Jahangir.

During the subsequent investigation into this particular complaint I was called as a witness by IR, but my evidence of what I had seen in Somalia was deemed unreliable because I’m Assed’s friend.

I am Assed’s friend, but I know what I saw, and I also obtained video evidence of one particular incident.

By the way, Jahangir also decided not to renew my contract, despite the fact that my fellow colleagues, including my then manager, wanted my contract to be extended. I did not take them to a tribunal or ask for any money, before anyone tries to ruin this statement of mine by suggesting that I probably did.

I find it shameful that IR’s recent statement on the matter has avoided answering what they dismissively call Assed’s “unmeritorious negative imputations”, and has ignored responding to the video evidence, which is very clear and freely available on YouTube. Instead, they have decided to essentially attack Assed’s character.