These two men have languished in prison, without charge, without an end in sight, for six and eight years, respectively. Their families going through a difficult and emotional time, to which the film Extradition is testimony.

There are many people that will deride the British judiciary and politicians for allowing this to happen to Talha Ahsan and Babar Ahmad. The one-sided UK-US 2003 extradition treaty means that people who cannot be charged here can face incarceration in American Supermax prisons for at least four years as they await trial. The question that has been asked is, if there is enough evidence to charge these men then why not put them on trial in the UK? The answer is simple, there simply is not enough evidence.

Why then this debacle, and grotesque charade? In the case of Babar Ahmad, the Metropolitan police handed over evidence to the FBI whilst their own case was collapsing due to a lack of evidence.

Substantial responsibility also falls on Muslim leaders and notables. For all their efforts in trying to please the establishment and pump out their one-sided integration paradigm message, today’s decision has been a slap in the face for them all.

Muslim magazines, publications and media have depoliticised themselves. Rather than awakening and increasing the Muslim consciousness they have been complicit in keeping them docile and compliant. Flicking through Muslim magazine pages all I see is fashion tips, cooking instructions and the odd reference to some wishy washy Muslim individual that has managed to integrate to the extent that they can now wear their hijab in a pub and grow a beard like a biker – not at the same time of course.

For a community that has been under attack since 9/11 the response from the educated and former activists has been surprisingly muted. Rather than assert themselves they have fallen over themselves to get government grants and funds to de-radicalise their own communities without looking at the fine print. De-radicalisation has meant de-politicisation. Muslims are not supposed to protest, demonstrate, object or stand up. They are expected to tow the mainstream line and accept the labels handed down to them. Now even they will be afraid that this injustice will spread wider and further having implications for all, not just Muslims.

Babar Ahmad, Talha Ahsan and even Abu Hamza have rights. The demonisation of Abu Hamza has clouded the entire extradition process in the media. Abu Hamza, although outspoken, vociferous and vilified by the media has been used to cover up the injustice that has taken place here. It is easy to hate a man with an eye patch and a hook, a man who does not fit the normal British ‘look’, whilst forgetting that he has rights just like any other citizen. To compromise on these rights just because we do not agree with his views, dislike him as an individual or because he does not fit our version of ‘British’ is to compromise our principles of justice and equality as a society and will lead us down a slippery road that will end in further injustices.

Those in the establishment that are always fearful of radicalisation in the Muslim community must realise that outcomes like this dreadful decision further alienate communities and makes Muslims feel like they do not have a voice in Britain – 150,000 people signed a petition asking for Babar Ahmad to be tried in the UK. They might be cowed into acquiescence through fear, or they may be repoliticised or radicalised in the good old fashioned way. There may also be just a few who see all the avenues of legitimate protest, interaction and campaign, be they political or through the legal system, closed off and decide to take rather different action – the antithesis to everything this security discourse superficially claims to be tackling.

As for the fashion loving, docile and cup cake cooking Muslims; carry on flicking through your lifestyle magazine pages and picking out new colours for you headscarves and designer prayer beads – the rest of us will continue to speak out when people are taken away. Until, at least, they come for us. 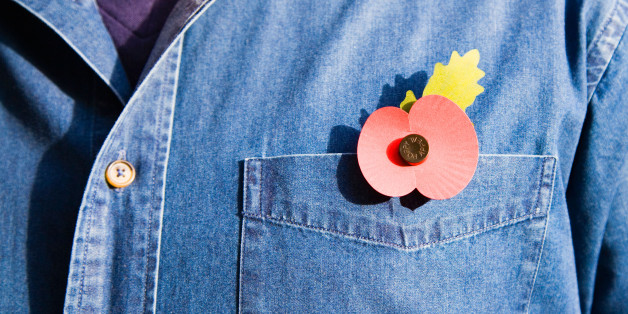 It is that time of the year again when it seems like everyone is wearing a poppy; on the tube, on the bus, in the park. You cannot get away from them. Yet, like every year, I refuse to wear one. It is not because I am opposed to remembering those who died in WWI. In fact my great uncle Muhammad Shaban, of the 30th Punjabis, was killed in the First World War fighting for the British in Tanzania but I still cannot pin a poppy to my clothes.

It feels as though everyone that appears on TV has to wear a poppy. Asians, Muslims and black people wear extra big ones just to show their additional loyalty to, what has become, a nationalistic and a patriotic symbol.

Rather than wearing a poppy, if we really want to remember the dead, then why don’t we stop engaging in new wars? Why don’t we stop occupying other countries? Why don’t we stop bombing and killing children? It seems, however, the politicians are committed to repeating the mistakes of the past and sending other people’s children to fight their wars over resources, power and status.

I recently received a letter from the Royal British Legion, with images of soldiers that have suffered injuries. The images were accompanied with captions reading; “They are just boys. But they are our boys”. They are not my boys or ‘our’ boys. This may sound harsh to some, but they knew what they were signing up for, they went to fight in an occupation of a foreign land. If they get injured in the process it is the government’s responsibility to take care of them, not for them to rely on the charity of the public who are already paying for a war that has been going on longer than the second and first World Wars combined. I feel for the families who have lost their loved ones in politicians’ wars. A life is a life, British, Afghan or Iraqi; I wish our media saw it that way – but instead we get disproportionate coverage of some victims which means that we end up only caring about ‘our’ dead.

The poppy is used as a tool to promote current wars. It is not used to say ‘never again’ as it should be. Politicians use it to beat down opposition to war whilst questioning people’s loyalties and patriotism. The symbol of the poppy was never intended for peace or to stop war, it was a cry for others to take up arms and take revenge in a poem by John McCrae. The gentleman whose idea it was to start the poppy, General Earl Haig, was responsible for gross incompetence on the battlefield in which thousands perished.

Yet, we are blinded by this cry of ‘our boys’ and the fallacy that British troops are in Afghanistan defending Britain. On the back of the envelope there is a ‘send a message of support to an injured hero’ plastered next to a British flag. Hero? Really? Since when did we start calling paid soldiers, with Kevlar protection, air support, heavy machine guns, armoured vehicles and tanks heroes? In this narrative the farmer who is defending his country from the occupier is the bad guy. Who are the real heroes?

We have whole-heartedly bought into this premise that soldiers are sacred and their role should never be questioned. I for one cannot accept it and must see the world in a much wider context. Rich versus poor, ruling elites versus the proletariat, the politicians versus the people, big business versus the indigenous people, the well-armed Western soldiers versus the rag tag resistance of Iraq and Afghanistan.

I do not hold these opinions because I am a Muslim, although it helps. I can see the suffering of fellow Muslims at the hands of soldiers acting on orders of my government. What are my thoughts on the extreme minority of Muslims in the UK that burned poppies? They were idiots. Burning something that others hold sacred and dear is never right.

My act of not wearing a poppy when everyone else is, is in remembrance of all those men that were sent to their deaths, forced to go over the trenches to face machine guns. I remember all those that were sacrificed for the sake of power using disastrous tactics. I remember men like my great uncle, who were seen as cannon fodder because they were not white. I remember all those families that lost their loved ones and prayed for no more wars. Most of all, I don’t wear a poppy, hoping that people will move away from jingoism and realise that it is not a symbol of respect and honour for the dead, but by wearing it and accepting the current narrative, it does the opposite – it glorifies and promotes war.